Celebrity Chef Paul Hollywood is visiting Cape Town! Britain’s favourite baker is venturing across the globe as he explores the baking heritage of cities worldwide in the second season of Paul Hollywood City Bakes. Of course South Africa’s stunning landscapes, lovely local produce and dynamic baking scene made our country an obvious choice to include in the show.

Filming commenced at the One & Only last Friday where Paul Hollywood met up with South Africa’s beloved chef, Reuben Riffel, over a typically South African braai. Other celebrity chefs were also in attendance, such as Siba Mtongana, chef and host of the popular television series, Siba’s Table.

What is wonderful food if there is not a beautiful table to dine at? This is where our team stepped up to the plate. We had the honour of creating a beautiful feast table for the occasion. The centerpiece was a full, natural design. Naturally we made sure to include South Africa’s pride and joy – the Protea – in the design. With the iconic Table Mountain as a backdrop, the show’s producers could not have asked for a more beautiful setting to film the show. 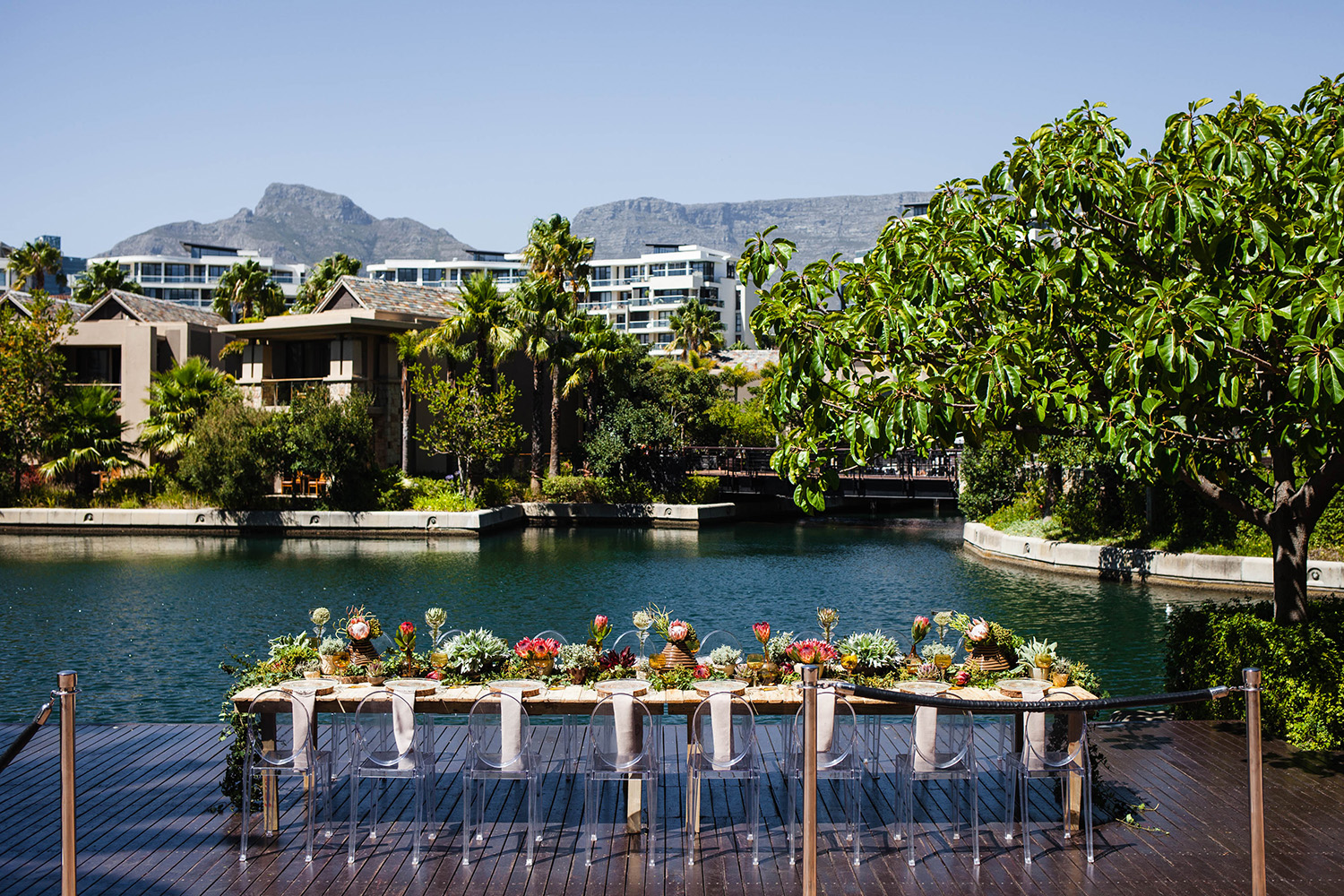 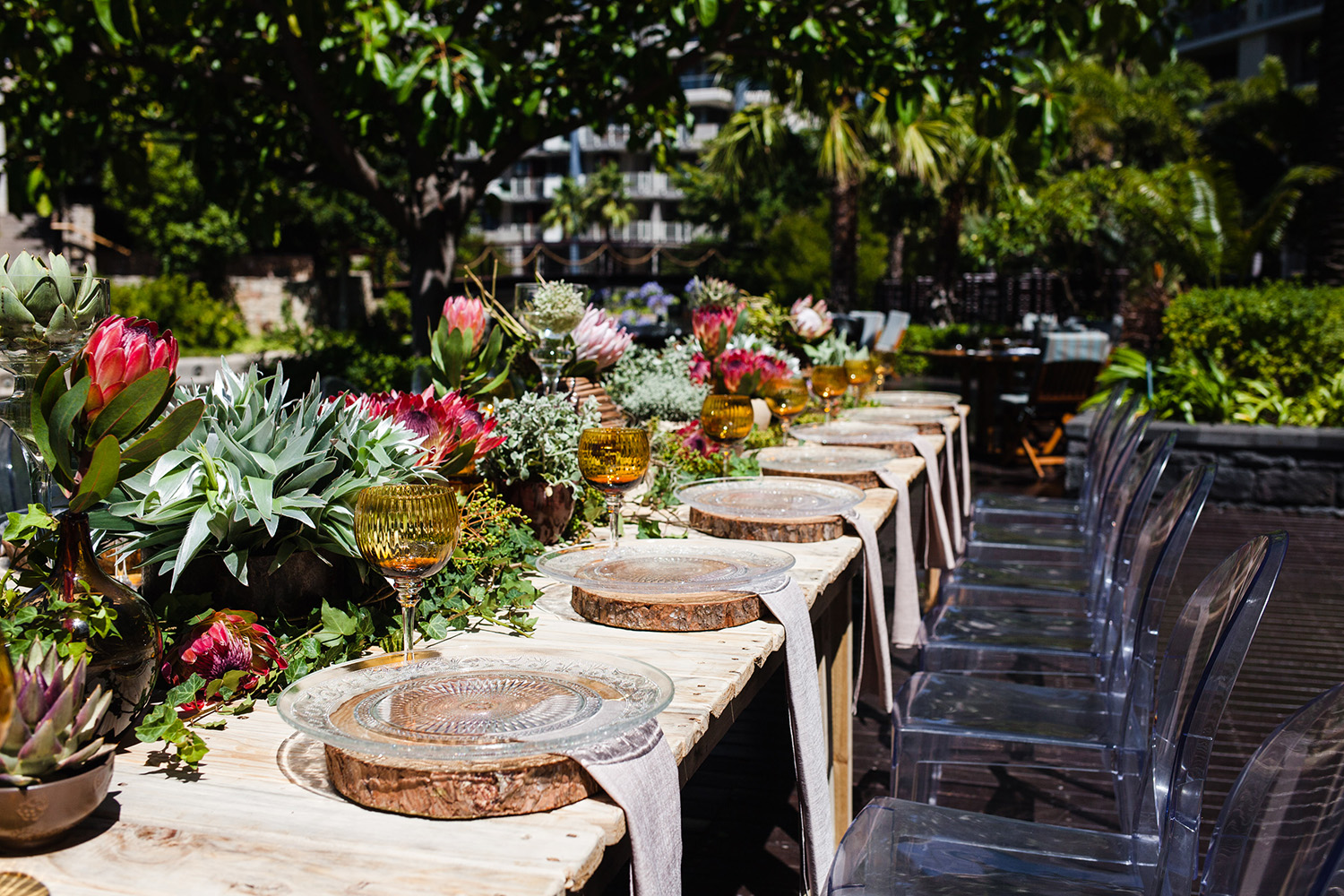 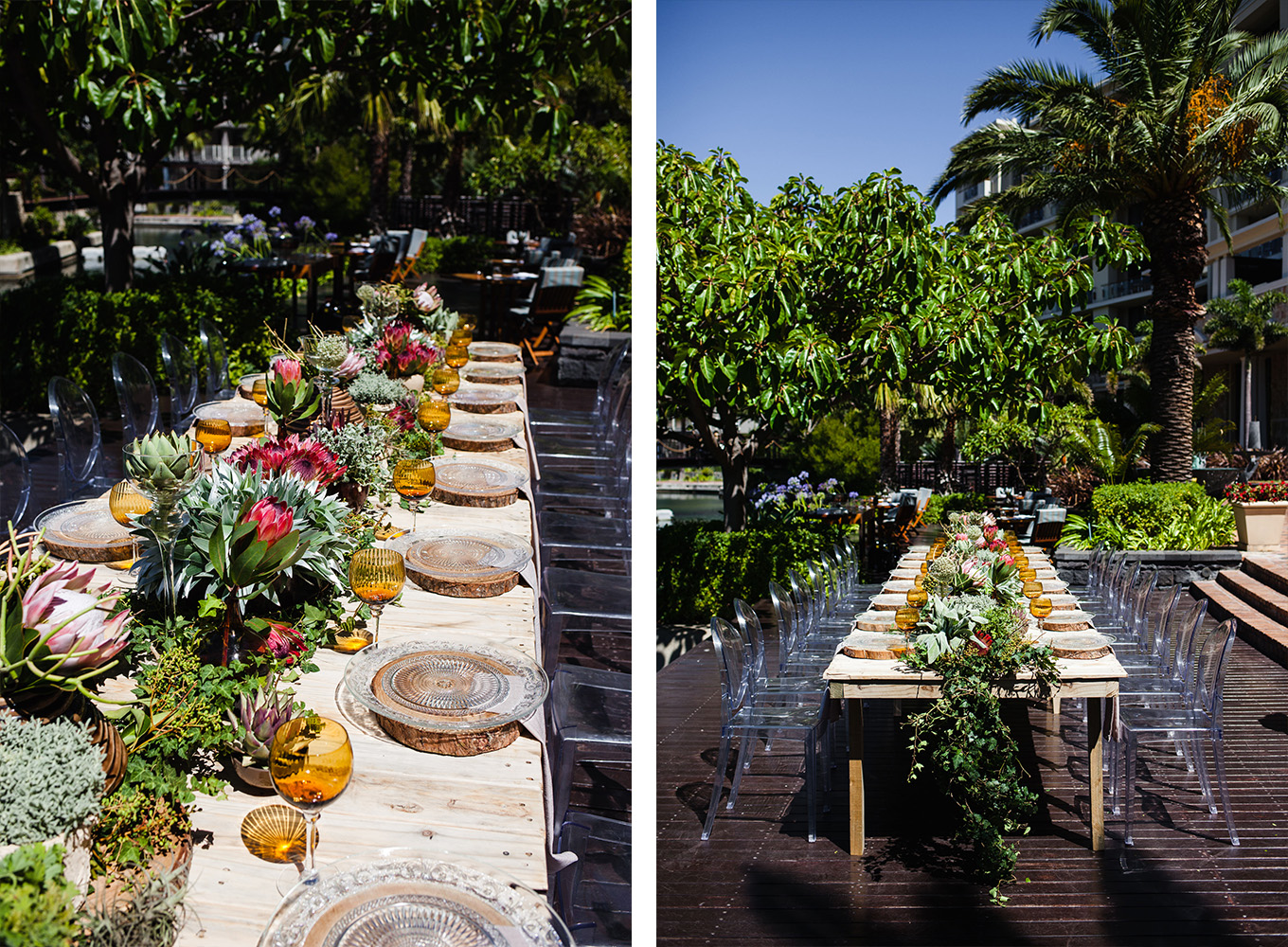 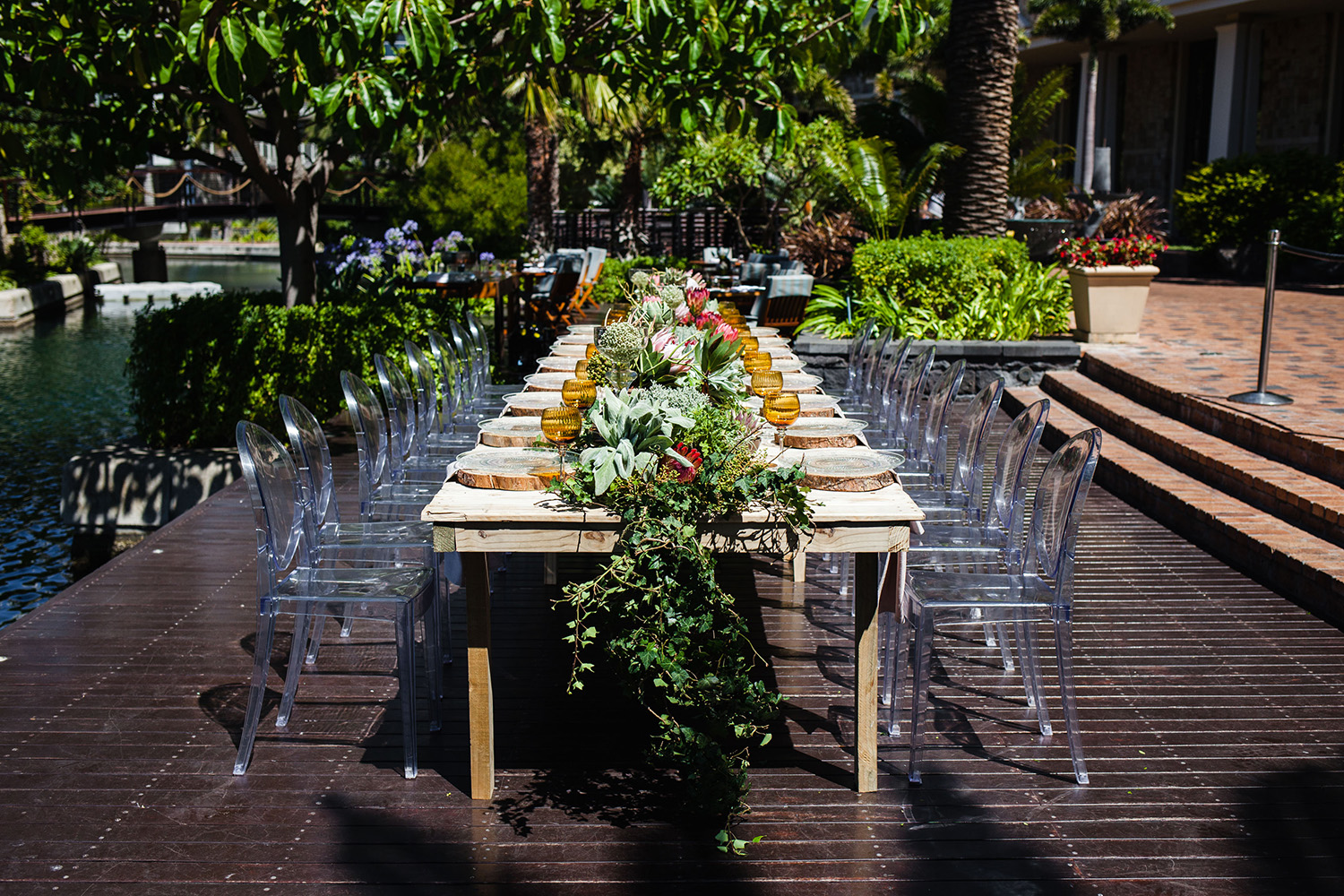 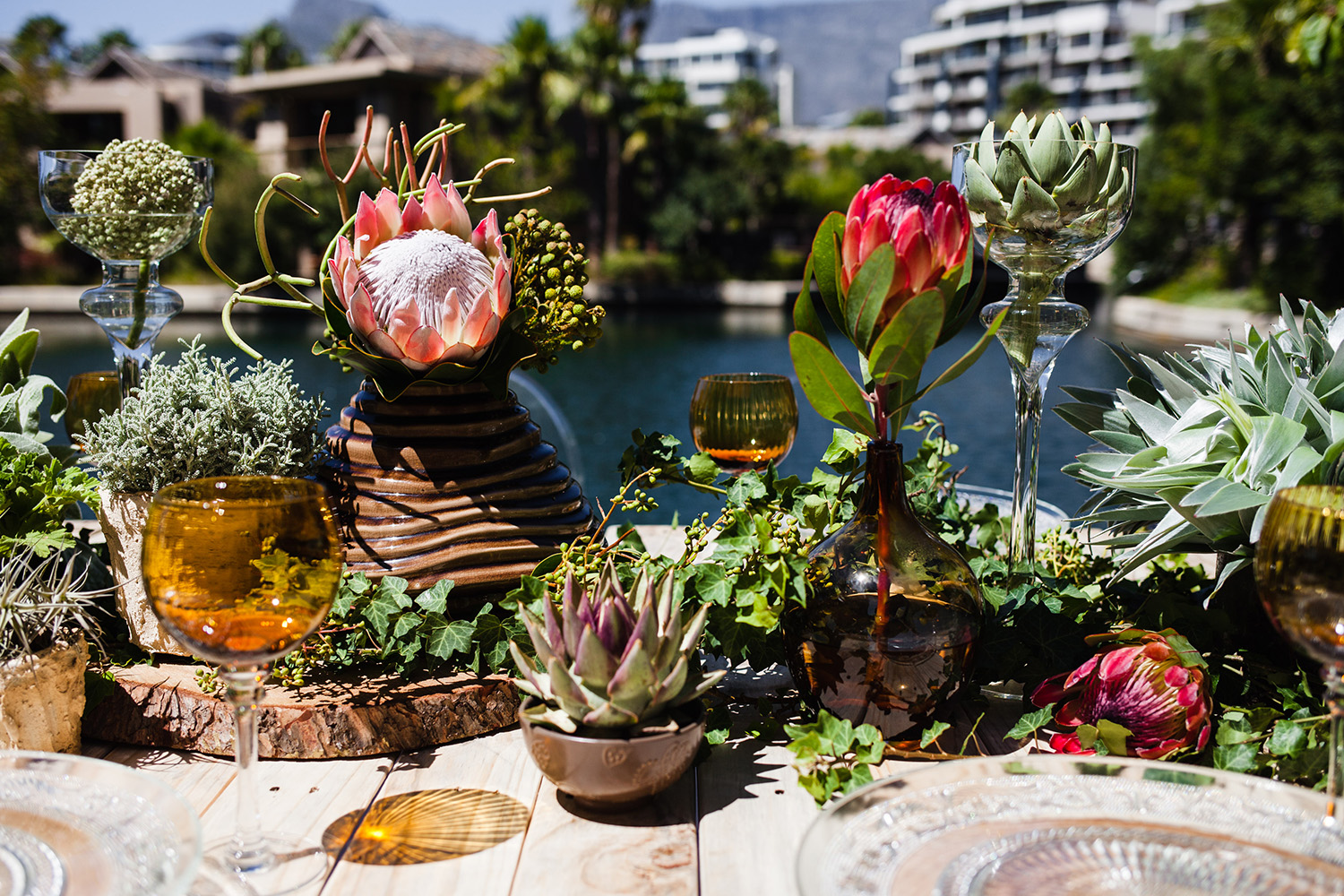 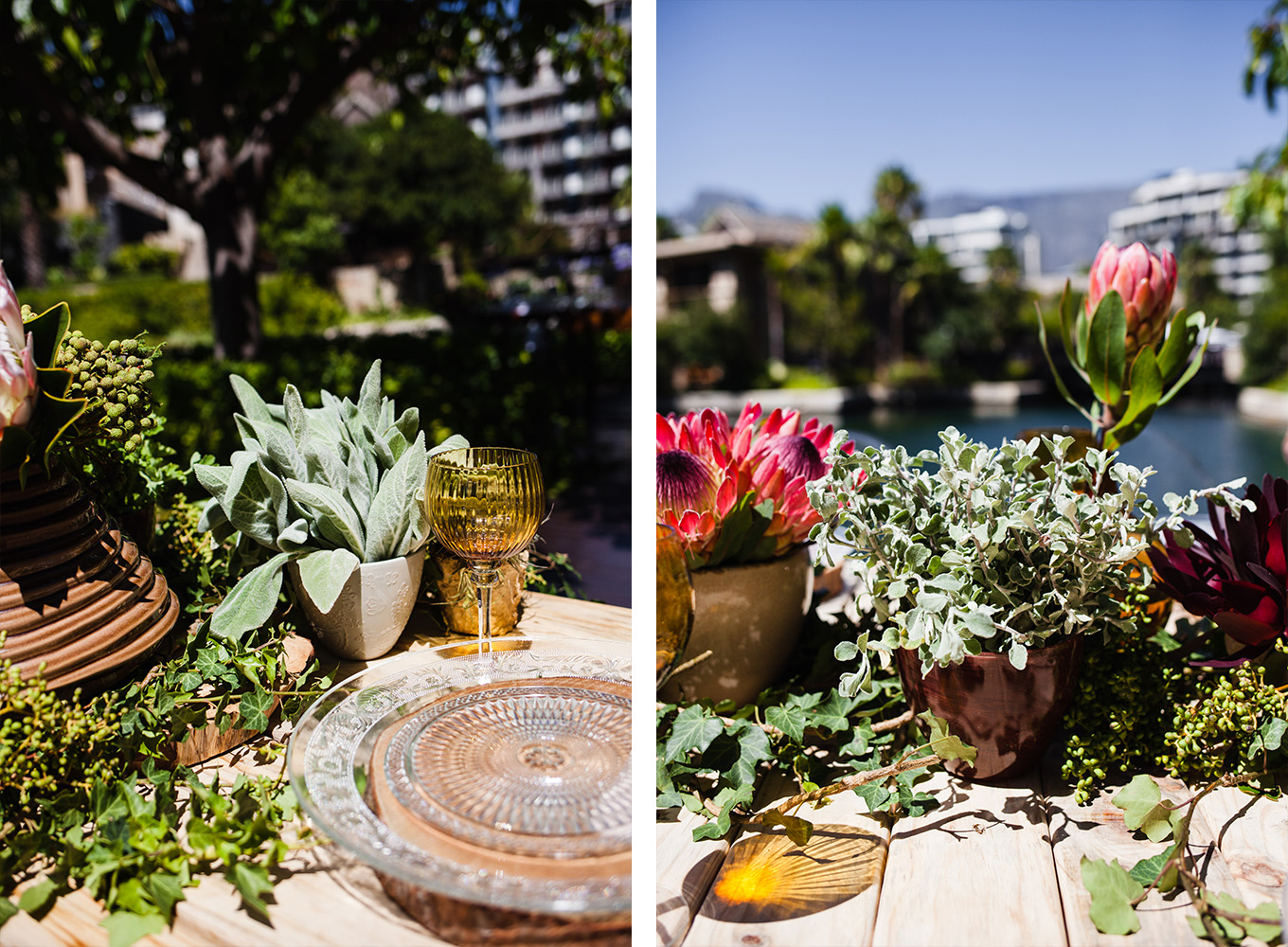 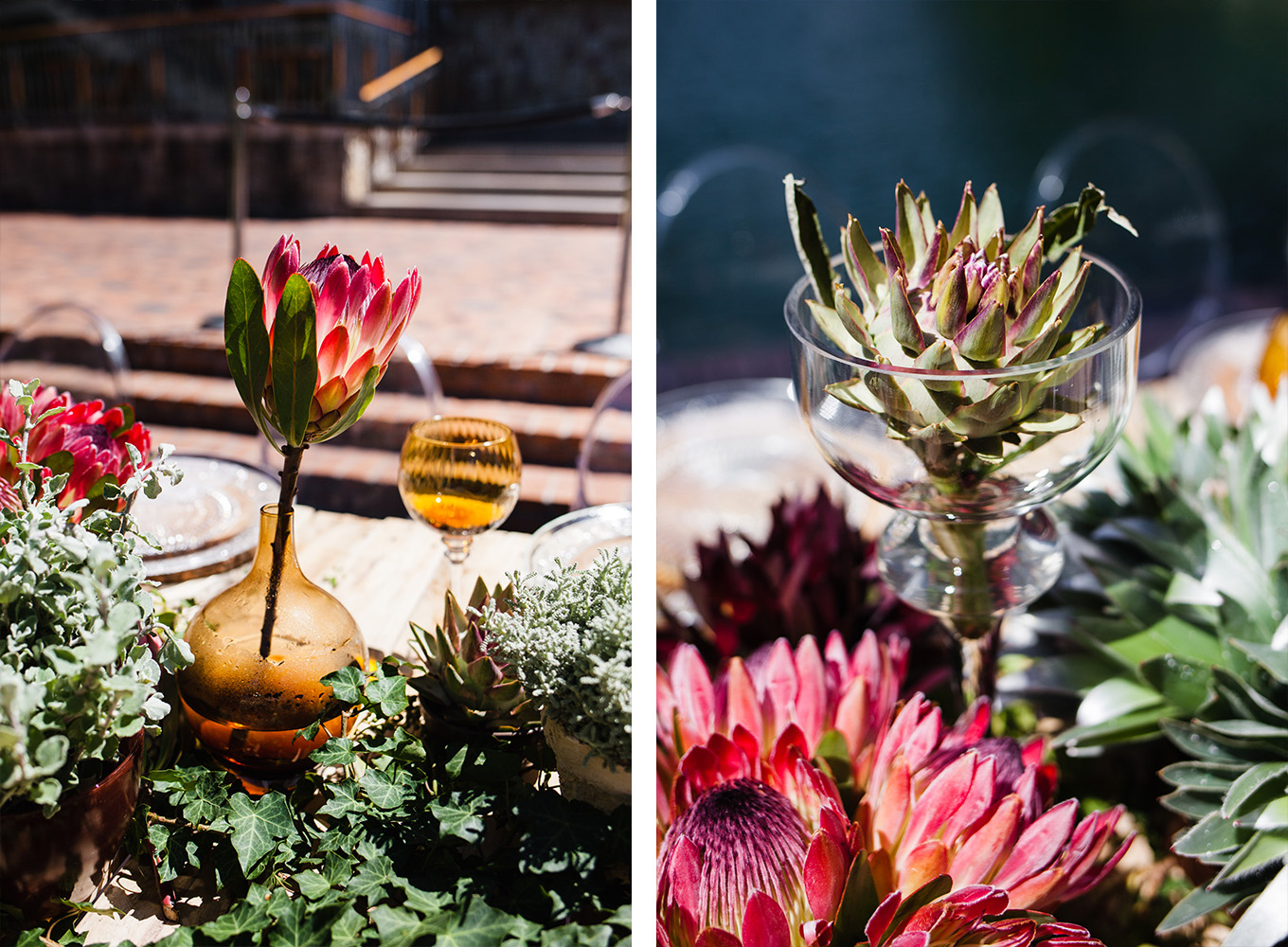 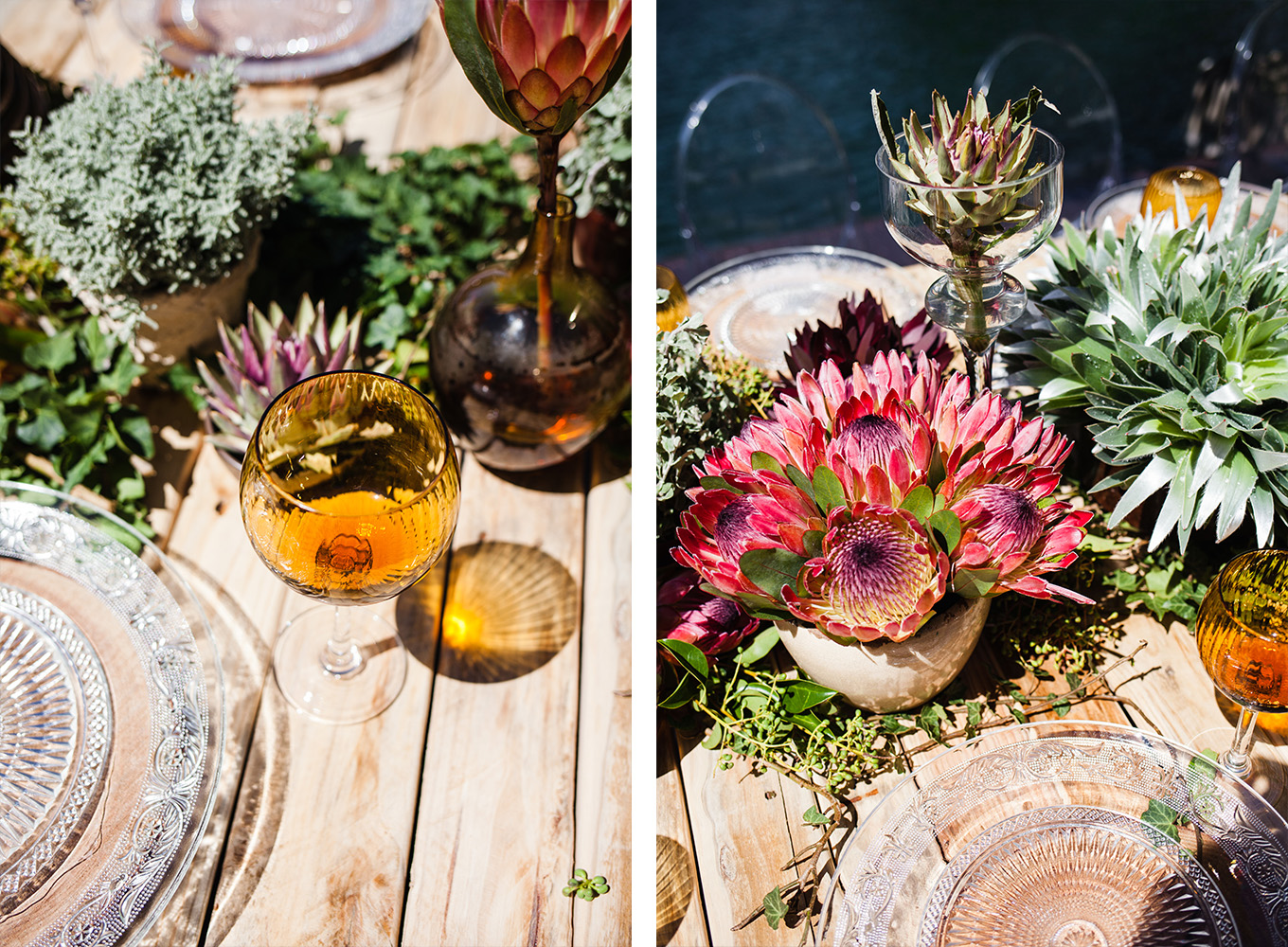 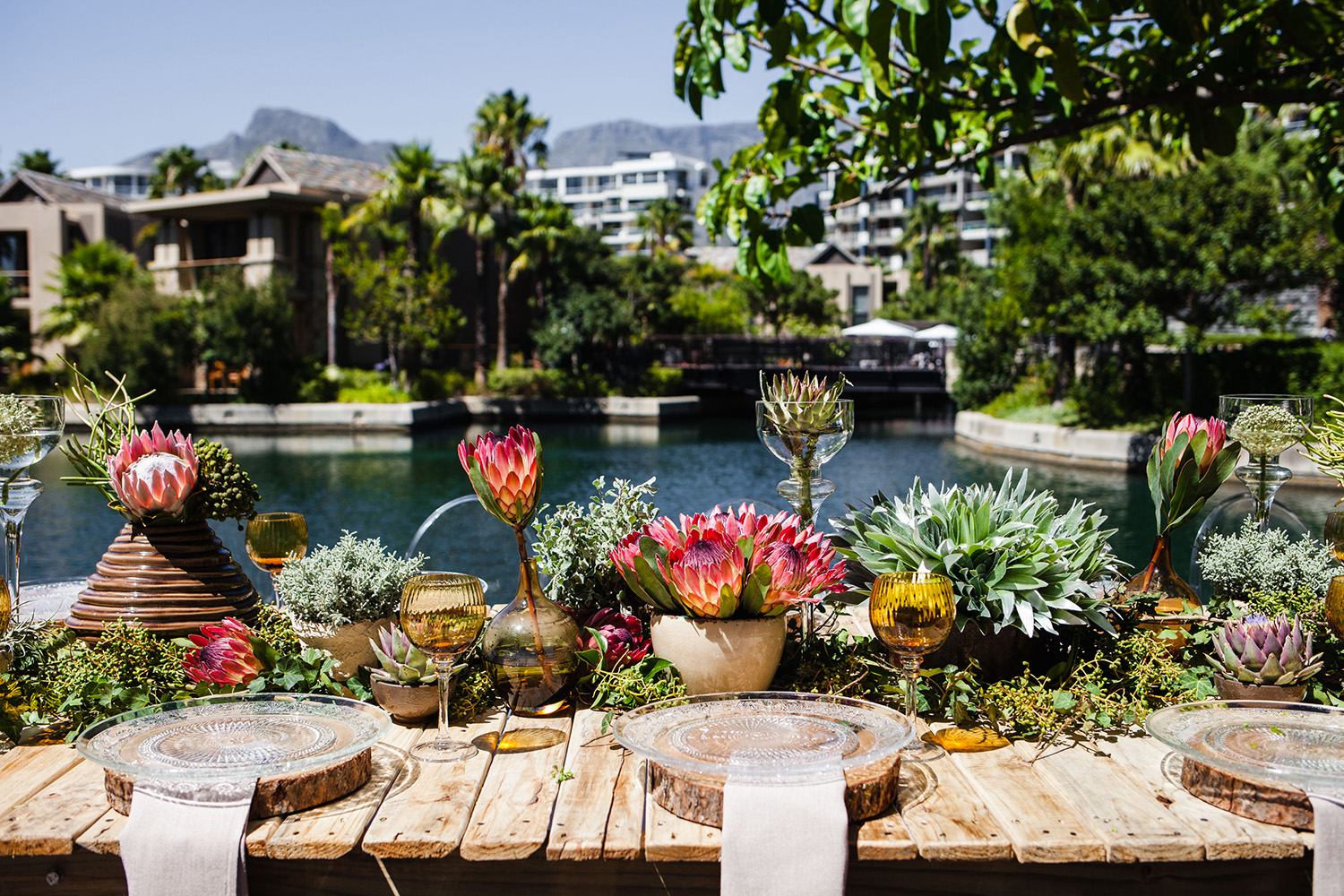 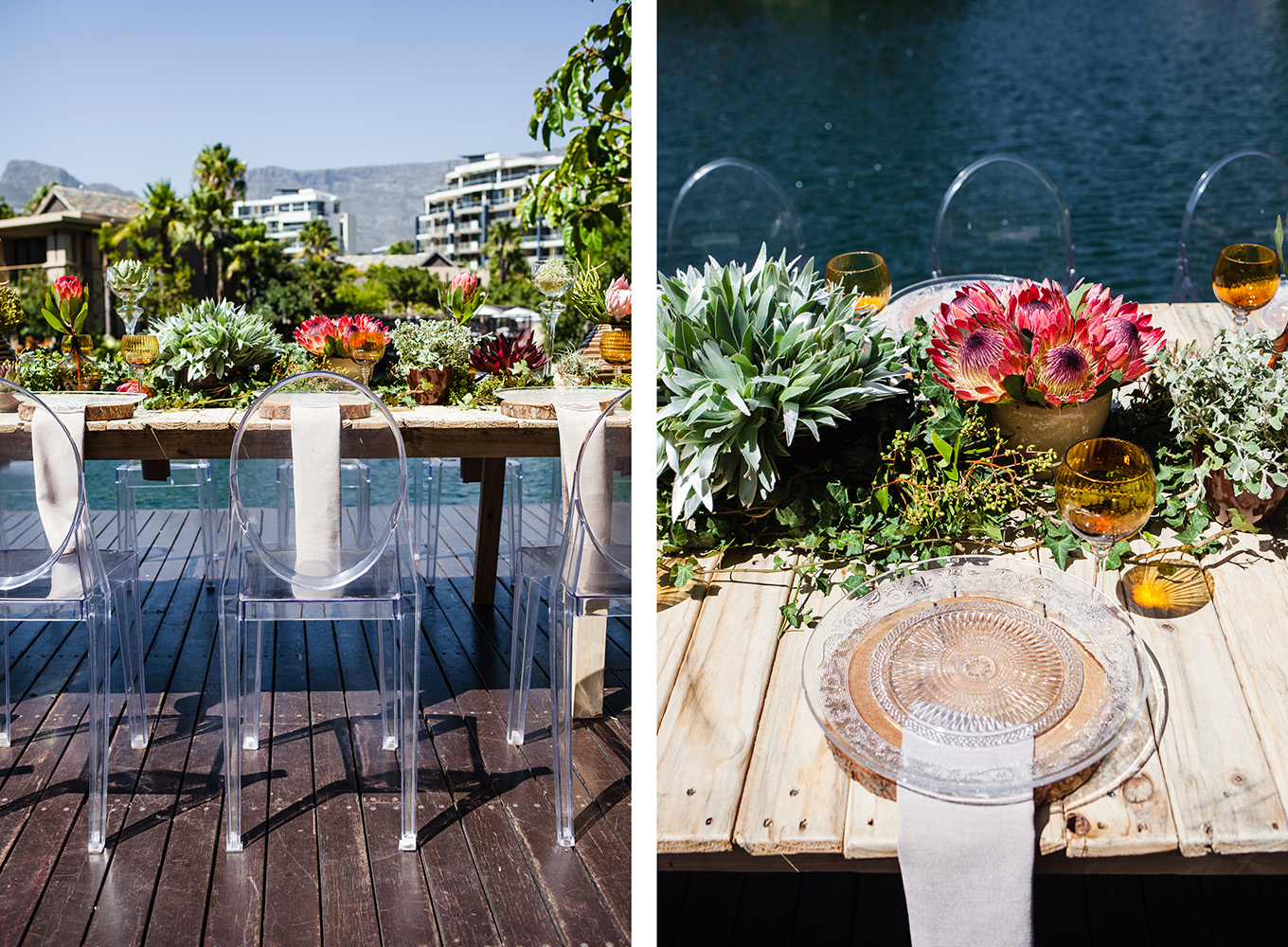 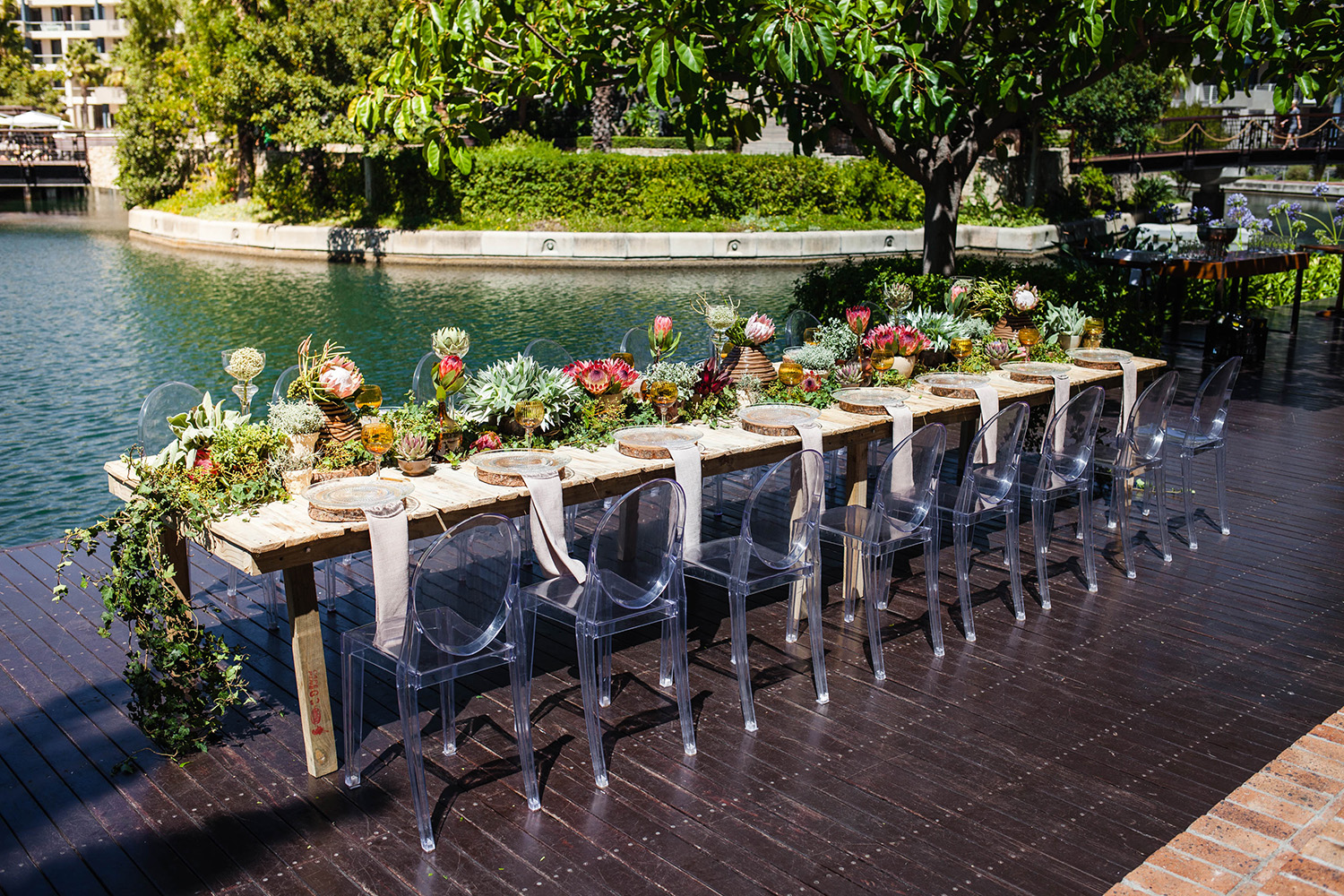 Hello. LET'S GET IN TOUCH.